Agra is a prominent tourist destination of India with world heritage buildings and monuments, especially for The Taj Mahal. Agra is a world famous tourist spot with a glorious history. The land of Agra is also mentioned in the great epic Mahabhartha as Agrevana. Agra is erstwhile capital of India. The Taj Mahal which symbolizes an immortal love story of a king and queen made Agra a well known destination all around the world. Taj Mahal, built by Mughal Emperor Shah Jahan in loving memory of his favorite wife Mumtaz Mahal is one of the Seven Wonders of the World. It took around 20 years to complete the construction of this magnificent work. Agra Fort, Akbar’s Tomb, Itma-Ud-Daulah are some of the other famous world heritage buildings of Agra.

Tourists and history freaks have endless love for Agra for its exceptional monuments and buildings. There are several Religious Places in Agra making it a prominent pilgrimage center. Presence of numerous tombs, stones and graveyards dedicated to well known religious leaders are famous in the land of Agra.
The presence of temples, mosques and other structural wonders in Agra provides religious and spiritual feelings for the visitors.

The secular lookout of the city is depicted in several famous places of worship for both the Muslims and the Hindus. The Guru Ka Taal located at Agra is a large tank with beautiful towers erected around it. Red stone structures were built beside the holy tomb of Itibar Khan Khwajasara during Jehangir’s reign. The Jama Masjid and Moti Masjid located at Agra was built by the great Mughal emperor Shahjahan, are excellent examples of the splendid Mughal architecture. 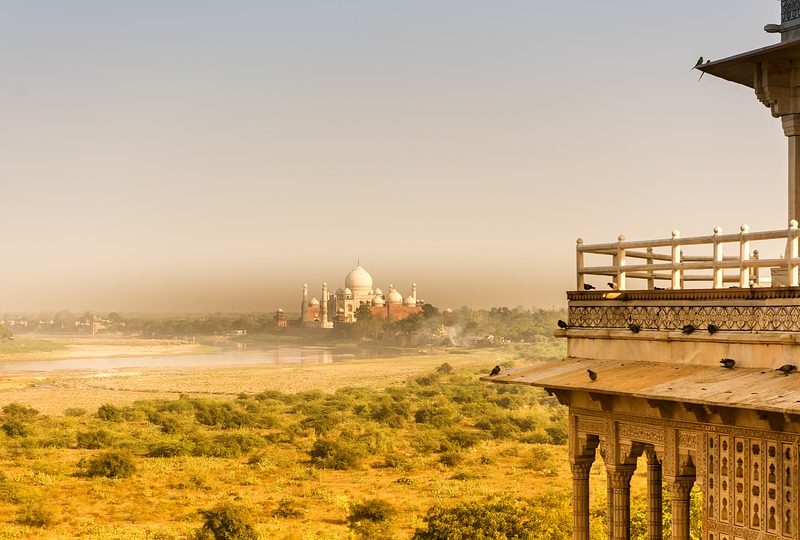 Golden Triangle is the most sought after and fascinating tourist destinations of India. The golden triangle covers the icons of the nation, capital city Delhi, Agra and Jaipur.
Indian Tour Packages
Tour Packages